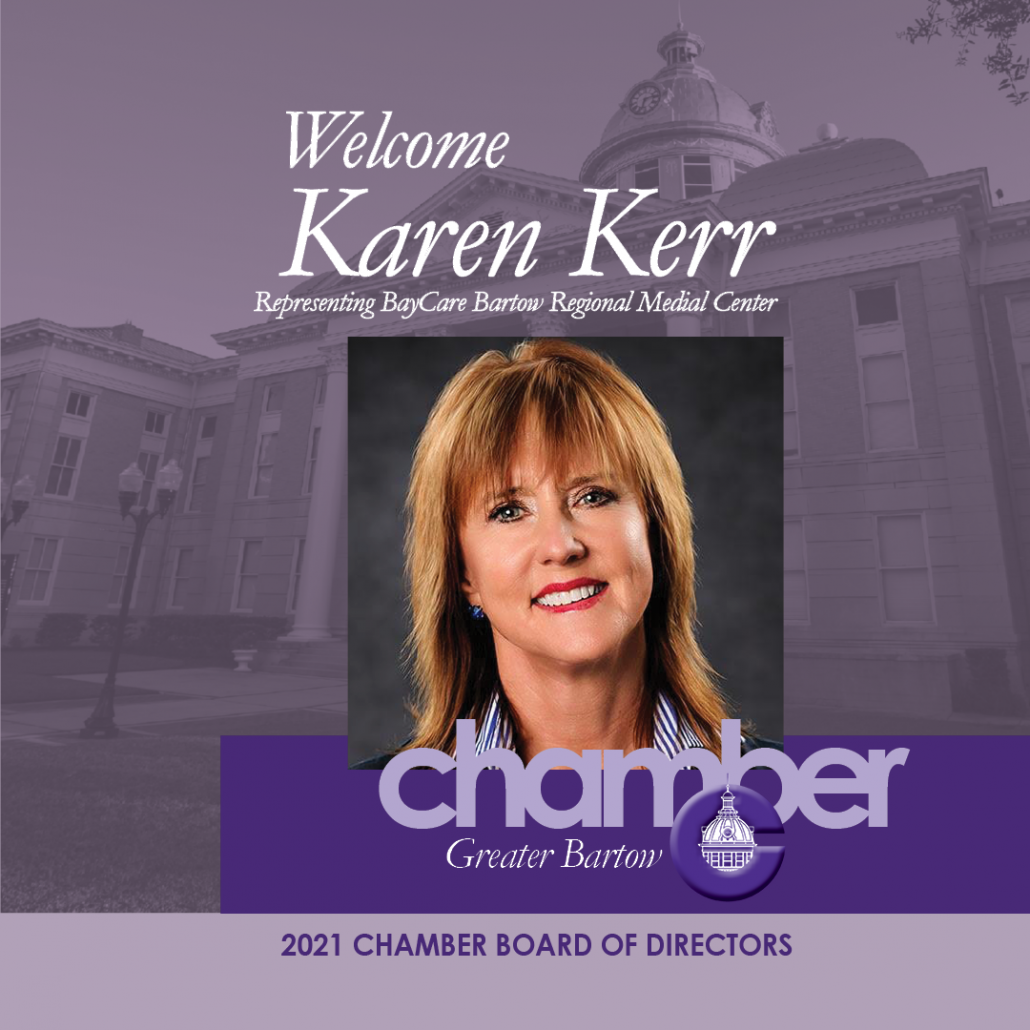 The Greater Bartow Chamber of Commerce is excited to elect BayCare’s Karen Kerr to the Chamber Board of Directors.

Appointed president of Bartow Regional Medical Center in February 2019, she has served as president of South Florida Baptist Hospital since August 2013 and continues in that role.

Chamber Board of Directors Member – Wendy Hall
Scroll to top