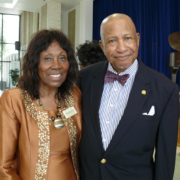 Diversity Award winners for 2019 were named at the Community Relations Committee’s multicultural initiative, the Bartow community Diversity Luncheon on Wednesday, September 18, 2019, at the Bartow Civic Center.

Before the passing of C.C. Corbett, the former Chairman of the Community Relations Committee, it was his desire and the desire of the Committee to recognize an individual and a business or organization that made it a priority to promote diversity in our community.

The City of Bartow and the Community Relations Committee will continue to honor C.C.’s dedication to diversity by awarding the C.C. Corbett Diversity Awards.

These awards are given to an individual and a business or organization annually honoring them for promoting unity within our community.

Scott Sjoblom, emcee for the event, said that when you think of the words, “for the good of the community,” Bartow Community Healthcare Foundation, Inc., comes to mind.

After the sale of Bartow’s hospital 1996, the former Bartow Memorial Hospital, incorporated and changed its name to address a new mission and became Bartow Community Healthcare Foundation.

After the new hospital was built on North 98, The Foundation took over the former hospital facility at Main and Broadway.

In addition, the adjacent buildings are home to physician practices and other medical services.

As big an impact as the redevelopment of the old hospital grounds have been, is the work that the Foundation has done throughout the community.

The Foundation donated the colorful building at the old entrance to the Bartow Art Guild for their use in offering art lessons and a place to meet.

The Foundation started up a scholarship program for students to attend nursing schools, and for those wishing to enter other healthcare fields, too.

The Foundation led the fundraising efforts and the property acquisition for the new Church Service Center – a facility that is more than 8,000 square feet, is fully paid for and has an endowment fund to take care of the building.

In addition, the Foundation is currently fundraising for the renovation of a downtown building that is being remodeled for The Orpheum Theater.

The Foundation yearly provides buses for the more than 600 area 5th graders encouraged to march during the JUST SAY NO parade and rally.

The Foundation led the charge with matching grants that raised $26,000  to equip all Bartow Police Cars with life-saving defibrillators.

Recently, BCHF matched funds and raised enough money to purchase the Women’s Care Center, to be run under the same Foundation as the Church Service Center.

So, for all these reasons, Sjoblom said, “We are proud to announce that the Bartow Community Healthcare Foundation is this year’s recipient of the C.C. Corbett Diversity Award.”

Carver Young is well known in the community, Sjoblom said. Not because he’s famous, or out in the front of things – he’s usually quiet and unassuming; and many times you don’t know he’s even involved and working, but things are getting done and for the betterment of Bartow.

This man loves his community and works as “unto the Lord,” with integrity, passion, and dedication to fairness in everyday life, Sjoblom noted.

“Carver Young, is a shining example of what can be accomplished when diversity, inclusion and caring are the driving forces in your life.

“Over the past three decades, Carver Young has been an integral part of the community and the Bartow Deacons and Stewards Alliance, Inc. a Christian-based Bartow community service organization. As many of its co-founders were no longer able to serve, due to illness and death, Mr. Young has taken the baton and has kept the torch of community service lit. Not only does Carver lead the BDSA, as its President, but he also serves as a Steward in his church, St. James African Methodist Episcopal Church in Bartow where has been a lifetime committed member.

He has served in many capacities at the church including chairing numerous programs. He also serves as an active member of the Sons of Allen, a connectional men’s fellowship, where he has been President and is now Coordinator. Carver oversees management of a mentoring program at Bartow High School. The group also raises funds for scholarships and has food drives to provide thanksgiving and Christmas meals for needy families. Once a year, before school begins, school supplies are given away to anyone who needs them.

“Carver also has been a member of his church’s Unity and Male Choirs for many years. They frequently give of their services by singing in the communities to include Christmas caroling and have become a tradition as the opener for the Bartow’s Mayor’s Prayer Breakfast.

“As president of the Bartow Deacons and Stewards Alliance, Inc., he is an organizer of the King-Gause parade and celebration each year.

“His leadership of this organization focuses on scholarship and event fundraising, project planning and program implementation to support our youth in areas of education, self-improvement and recreation. Each year the BDSA awards scholarships to graduating high school seniors. BDSA also holds annual oratorical contests and essay contests for students in grades three thorugh 12.  Since 1989, the BDSA has awarded more than 200 scholarships totaling more than $100,000.

“Carver is one of the founders of the Bush Foundation. The Foundation provides bicycles and other toys each year for needy kids around Christmastime.

“Carver works with Mr. Herbert Dixon each year to plan the HERBERT DIXON SCHOLARSHIP GOLF TOURNAMENT, which is held in conjunction with MLK Day, to raise college money for graduating seniors. Every year the tournament gets bigger and better.

“He also works with the Eastside Positive Action Committee to volunteer during its event, the Youth Parent Summit – a time of mentoring and providing resources to parents and kids for family unity,” Sjoblom said.

Carver Young is married to his wife of 41 years to Vivian, a father of 4, grandfather of 13, great-grandfather of 15, a brother, uncle, neighbor and friend. “He is an unselfish servant of our community and well deserving of this recognition,” Sjoblom said before helping present the award with Mr. J.J. Corbett and  Gloria Washington, CRC Chair.

Keynote speaker for the luncheon was former House of Representative for Florida, Dr. Alzo Reddick. More than 230 attended. 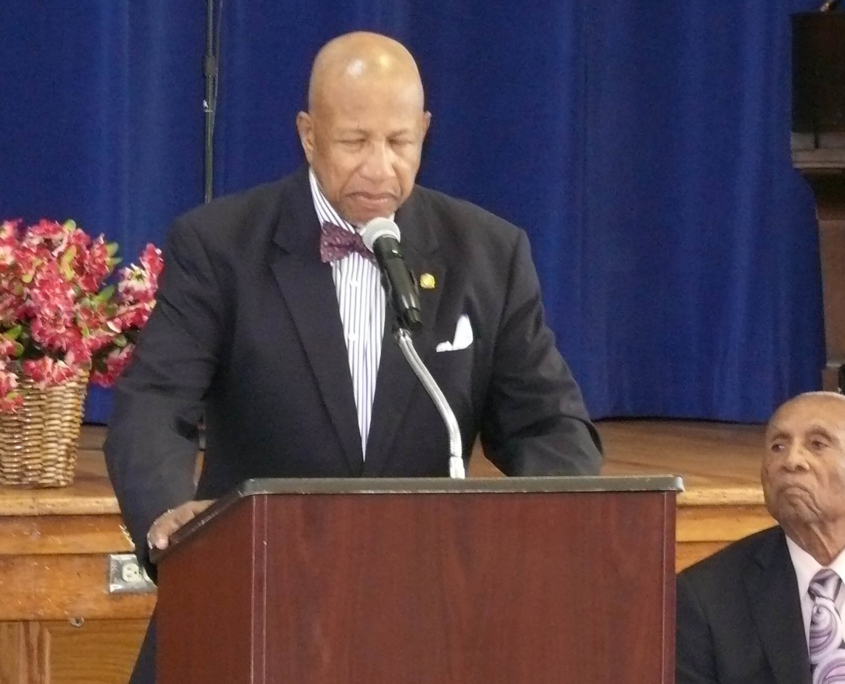 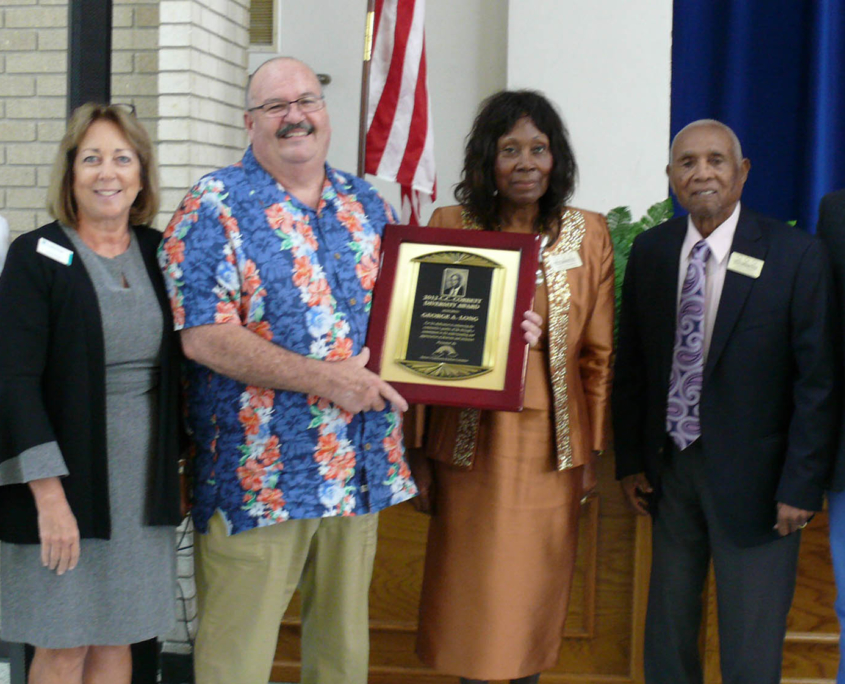 Boys and Girls Club Coming To Bartow!
Scroll to top