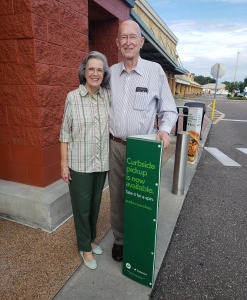 Bo and Sandy Raulerson met in the parking lot at the Bartow Publix 55 years ago and have a standing date there each week.

Perhaps you’ve met a couple like this – it happens now and then. There are good marriages and then there are amazing marriages; and everyone knows the Raulersons fit in the latter category.

The official meeting of Bo and Sandy Raulerson took place more than 55 years ago in the Publix parking lot where the Bartow Jaycees Club was having a rummage sale. Sandy’s cousin Sherry Wilcoxen Rice and she went to the sale on a whim. Sherry had been wanting to get Sandy and Bo together and when Bo came to sit by Sherry, she excused herself and never came back. Bo helped Sandy try to find her friend and they ended up spending the afternoon together.

When Sandy got home, she wrote the prophetic words, “Mrs. Bo Raulerson,” in a notebook. The next day Bo had agreed to take Sandy to a job interview and he told Sandy, “I haven’t met anyone that I’ve wanted to marry more than you.” So, on September 10, 1966, they tied the knot. When you know, you know. 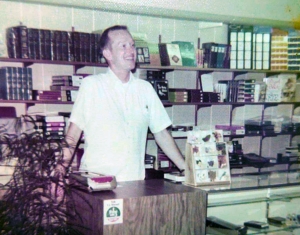 This dynamic couple opened Bartow Christian Books and Gifts on October 1, 1976, at 326 E. Main Street, Bartow. Bo ran the store and Sandy taught school as a substitute teacher, then got her degree and became a teacher. She, of course, was also working when she could with Bo. And, there were the services both did for the community over the years. Sandy was the President of the Bartow Needlework Guild (now called Clothing for School Children) for more than 20 years. Bo was involved in the Jaycees, the Rotary Club, Bartow’s Community Redevelopment Agency and even was the Charter President of the Breakfast Rotary Club. Both donated time to Muscular Dystrophy Association (Bo as president of the Florida Chapter); Church Service Center; Women’s Care Center; and the City’s Planning and Zoning Board and organized and mailed care packages to servicemen. Bo was one of the ones responsible for the formation of Downtown Bartow, Inc., which later became Main Street Bartow, Inc. 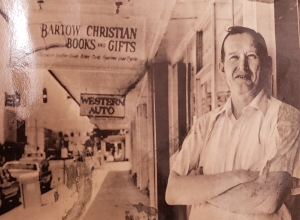 Bo’s store is one of the first businesses in downtown Bartow to renovate the facade in the 80s. This picture ran in The Polk Tribune on Friday, August 15, 1986. (Photo by Ed Sackett)

Bo and Sandy Raulerson had witnessed a parade of innovations, changes and sad partings from his front seat view of Main Street.

They witnessed downtown’s renaissance as decorative brick-inlaid sidewalks replaced the old walkways and layers of renovations were peeled away to reveal weathered brick on the buildings. Later, they watched friends close their doors for the last time, conceding defeat to the discount stores. Then they were witnesses to a resurgence in downtown businesses – downtown was becoming popular again.

“It’s been interesting to watch things change all these years,” said Bo, “When Sandy and I came in, Bartow had a hardware store, clothing stores, a jewelry store and several gift shops downtown. The strip shopping centers had already done a number on downtowns by the time we opened our store, but there was still a good little retail community here.”

The Raulersons have outlasted a long list of retailers along Main Street; and they were recognized for it in 2014.

And Bo and Sandy are still here.

If you haven’t been in Bo and Sandy’s store, you need to pay it a visit.

Jeff Clark, executive director of the Bartow Chamber said, “There’s an old saying that goes ‘Some things never change.’ When it comes to Bartow, I hope Bartow Christian Books & Gifts is one of them.”

“The store represents Bo and Sandy’s business sense, their studious faith and their commitment to Bartow’s downtown,” Clark said.

In Bo’s own words, he refers to Main Street as the “Heart of Bartow.”

And, if that is true, then Bartow Christian Books and Gifts is truly the heart of Main Street. 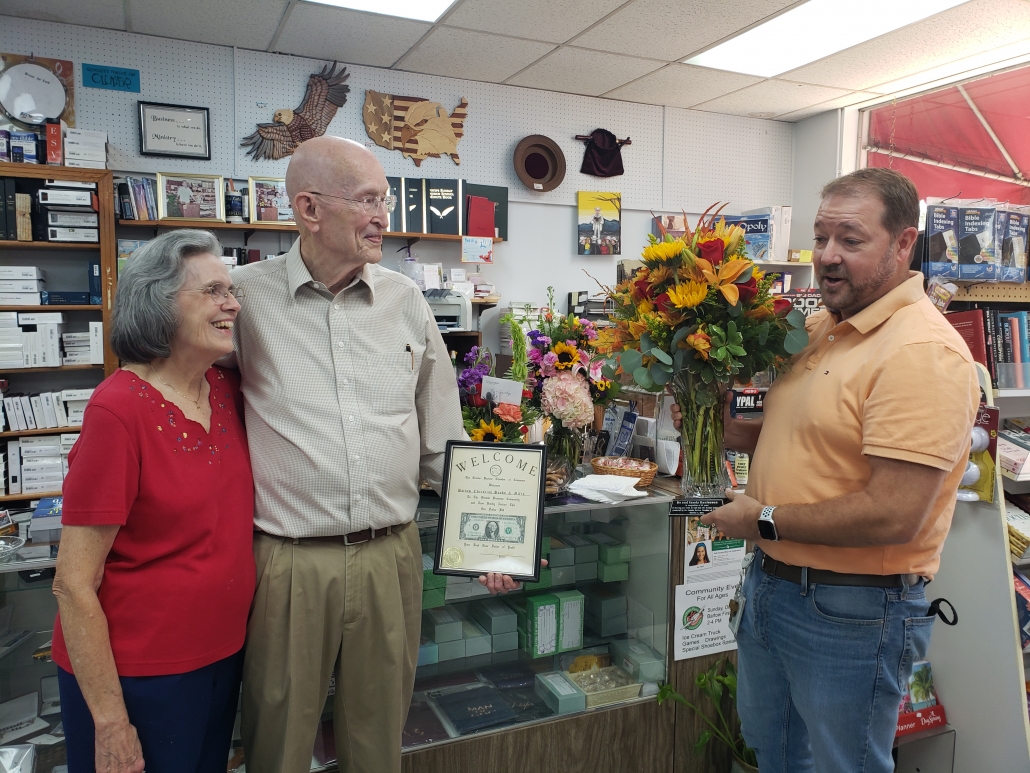 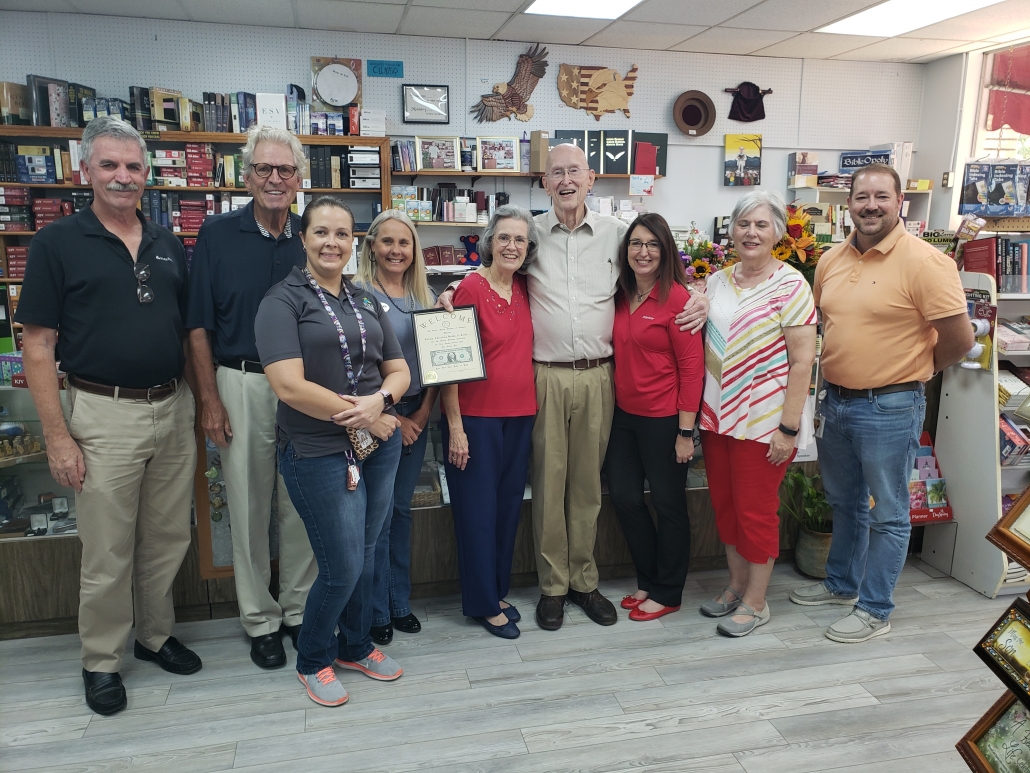 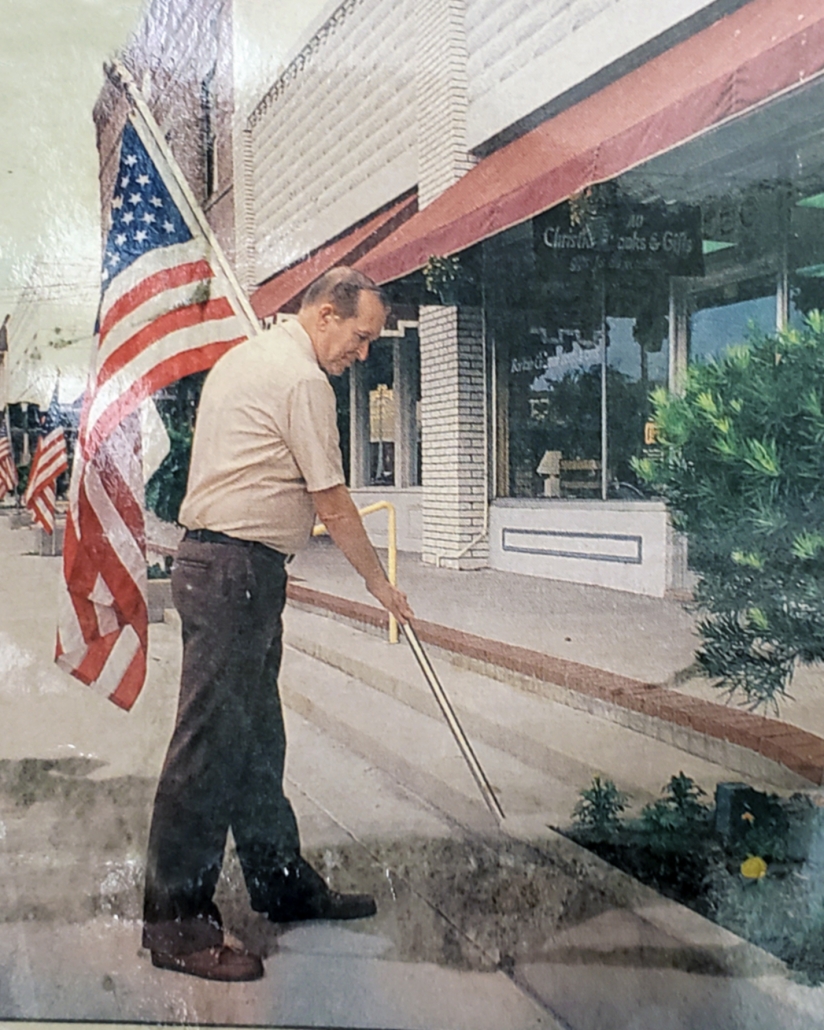 Then and now . . .Bo puts up the American flag to start a new business day. This photo was in the June 5, 1989 edition of the Polk Tribune. (photo by Greg Fight) 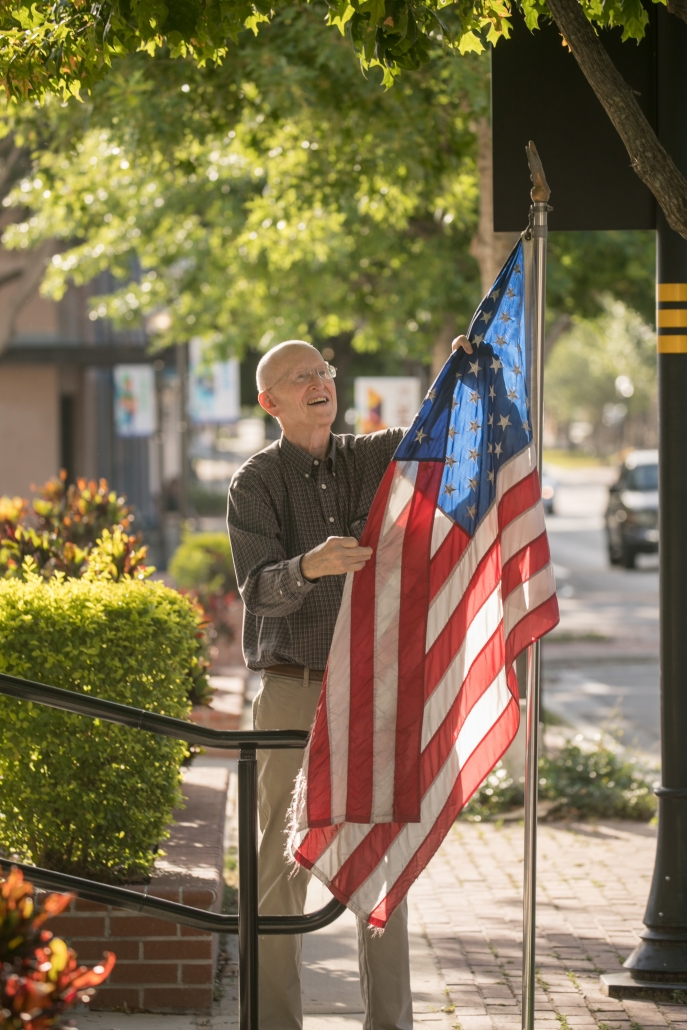