The Boom In Bartow: The Roaring 20s

You are here: Home1 / Capital City Bartow2 / The Boom In Bartow: The Roaring 20s

The ‘Boom’ in Bartow:

The Florida land boom is that period of our history following the First World War, and reached its zenith in 1925, only to decline and “bust” by 1929.

The increased use of the automobile, general postwar prosperity, and a statewide road building program helped make the boom possible.

Confidence in the economy fueled the promise of sudden wealth in land and business ventures.

Florida’s population increased for the first time past one million. Cities like Miami, Coral Gables, St. Petersburg, Fort Lauderdale, and others had storybook transformations as investors pumped millions of dollars into civic projects, subdivisions, and land improvements.

Of course there was the dark side, too.  Many people cashed in on the get-rich-quick schemes to find their savings spent on useless swamp land.

Bartow touted itself as the hub of a 346-mile network of asphalt roads connecting every city in the county to the seat of government. It was a boast no other county in the state could match, and few in the United States could claim to have such wonderful thoroughfares for business and pleasure.

Bartow sent her welcome to all who would seek the most desirable locality in Florida. Bartow was feeling the excitement of the times, and not without due reason.

Land values rocketed in price as if it were on the Gold Coast; new buildings were being erected in the downtown area, man-made lakes were scooped out, subdivisions built, residential streets paved, and homes bearing the Florida boom-time stamp of the Spanish-Mediterranean style left their mark on the City of Oaks.

The Polk County National Bank, Bartow’s oldest financial institution, located on the northwest corner of Main and Broadway, invested in an ambitious plan. The bank’s board of directors planned to build a skyscraper.

They desired to obtain the corner lot south of the court house for the structure. Plans were envisioned and drawn. The ground floor would house the banking operation replete with luxurious offices available for rent occupying the upper floors. Architectural drawings were circulated in the community.

The local proprietor of the desired lot had paid $3,500 for the property a few years earlier. It was reported that he refused the bank’s offer of $5,000, and again on a later occasion declined another offer of $100,000 cash for the proposed site of the bank’s skyscraper.

He afterward approached the bank with a counter offer at $125,000, only to find that his dream for more cash didn’t match the bank’s patience. The offer was declined, and the realization of a skyscraper on Main Street was not to be.

As an alternative site, the Polk County National Bank acquired the southwest corner of Main and Broadway for $110,000 cash.

Where is Bartow’s skyscraper?

“Boom” quickly raced to “bust!” The bank ran into financial trouble, and was unable to proceed with the boom-time project. On June 28, 1929, the bank itself would become a casualty of the time and ceased operation.

The skyscraper was an unfulfilled dream, but our city has a fair share of boom time tangibles.

Hugh Wear, businessman and investor, sparked growth in the downtown area. He owned a flourishing garage, at one time considered the largest auto repair center in the state, citrus groves, real estate, and property investments.

He built two apartment buildings on Oak Avenue, and it was at this time the trademark of Hugh Wear’s enterprises surfaced. Yellow brick, properly designated, “Shawnee Brick,” shipped from southern Illinois was used in his construction throughout the city.

His palatial home was located at 695 East Main Street, and employed the beautiful yellow cream colored brick. The house, occupying the center of the block, burned a few years back, and is now the site of the Florida Department of Agriculture’s “Bob Crawford” building. The new state offices retained the “look” and feeling of the Wear home by selecting a buff brick, in keeping with the tawny hue.

The small apartment building, on the back corner of the block, was original to the 1920’s home, and vaunts the original Shawnee brick.

Many will remember the old Carpenter’s Dress Store, (present site of the voter registration office) and formerly an automobile dealership on the southeast corner of Summerlin and Broadway. It, too, was a Hugh Wear project graced with the yellow tinctured building blocks.

The Ritz Theater, and an office building on Davidson, (both no longer standing), in the south center of the block between Central and Wilson Avenue were Wear projects also of  yellow brick.

Wear’s crowning achievement came when the board of the First Baptist Church, relying on his expertise, chose to build their new church utilizing the ubiquitous yellow brick.

Soon thereafter the Associate Reformed Presbyterian Church planned a similar program. Its members also sought consultation with Wear on suitable plans, and materials with one reservation – they made it clear from the outset that they didn’t desire the tawny colored brick, “lest people think their church was another Wear building project.”

Unimproved land for a new residential subdivision, on the southeast side of town, was graded and developed around a small pond. The pond was soon graced with a small island, and the whole converted into high and dry home sites, and winding avenues. To give an air of newfound importance the pond was christened “Hack Lake.”

Winding streets and vistas, spreading oaks and Spanish names, were employed to attract investors, and buyers to partner with the Oak City Investment Company.

The street names, he recalled, reminded him of his happy childhood spent at his family hacienda near Durango, Mexico.

It was during this same time that Conrad Schuck began building the early tourist site, and Bartow showplace, “The Wonder House.”

The 1920s also witnessed the building of the Polk County Record building, the City Auditorium, and a $400,000 upgrade to the Oaks Hotel adding an arcade and shops facing Central Avenue.

The cash flow seemed unending with real estate sales taking place at an unbelievable pace. One vacant lot near the present City Hall on Wilson and Boulevard sold four times in two days with each sale netting a profit of $1000.

Other boom time subdivisions in city that began in the “Roaring Twenties” include Floral Park, County Club Estates, Highland Park, Bassadena, and Westover Park.  Lake Ruth in Westover Park was named for the wife of developer, W.W. Jacobs.

By the mid-twenties about a dozen homes had been built in La Serena and about as many in the other subdivisions, when the economy hit bottom.

The “get rich quick” schemes failed and overextended banks began to falter.

Millions of dollars had changed hands when 1926 marked the end of the Florida Land Boom. Two hurricanes, bank failures, and the stock market crash of ’29, prefaced those frugal times known as the Great Depression, returning the city to a routine calm.

Citrus, cattle, and phosphate continued to brace the local economy, bringing our citizens through the storm.

Many of the former ingenious investors, and real estate entrepreneurs turned to other vocations to eat regularly, and life in Bartow was still fondly remembered as, “the greatest place on earth to raise a family.”

Bartow experienced other booms in population and civic growth after World War II.

Look around . . . the buildings, the streets, the architecture, the homes dotting our landscape, and you will still find the footprint of the visionaries, and the Boom in Bartow.

This has been an Imperial Moment. 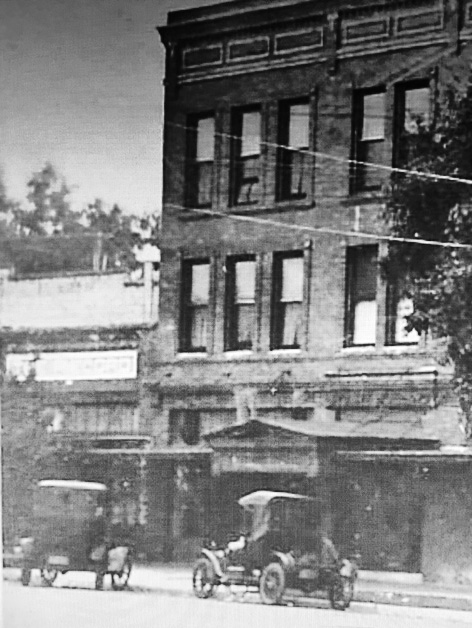 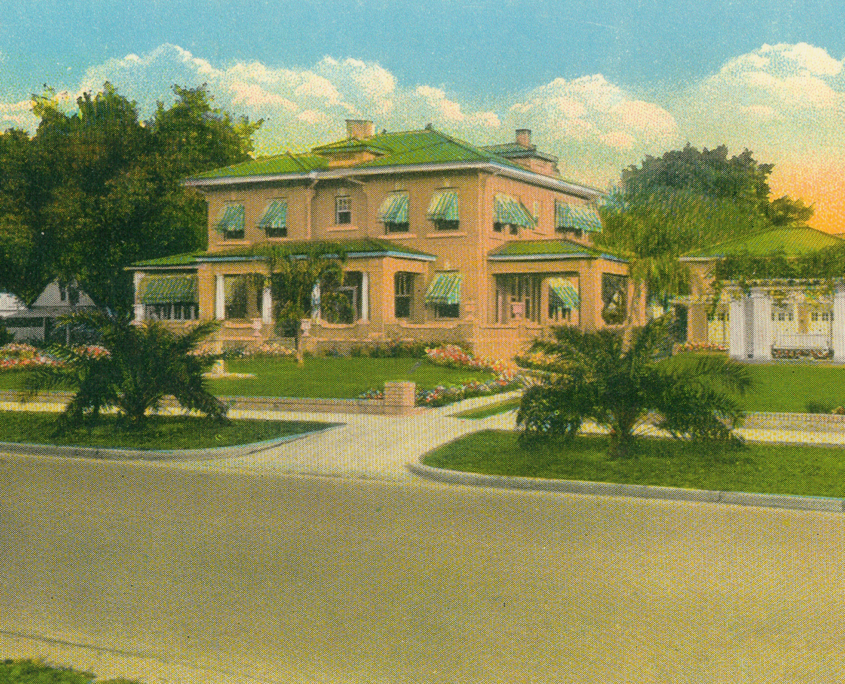 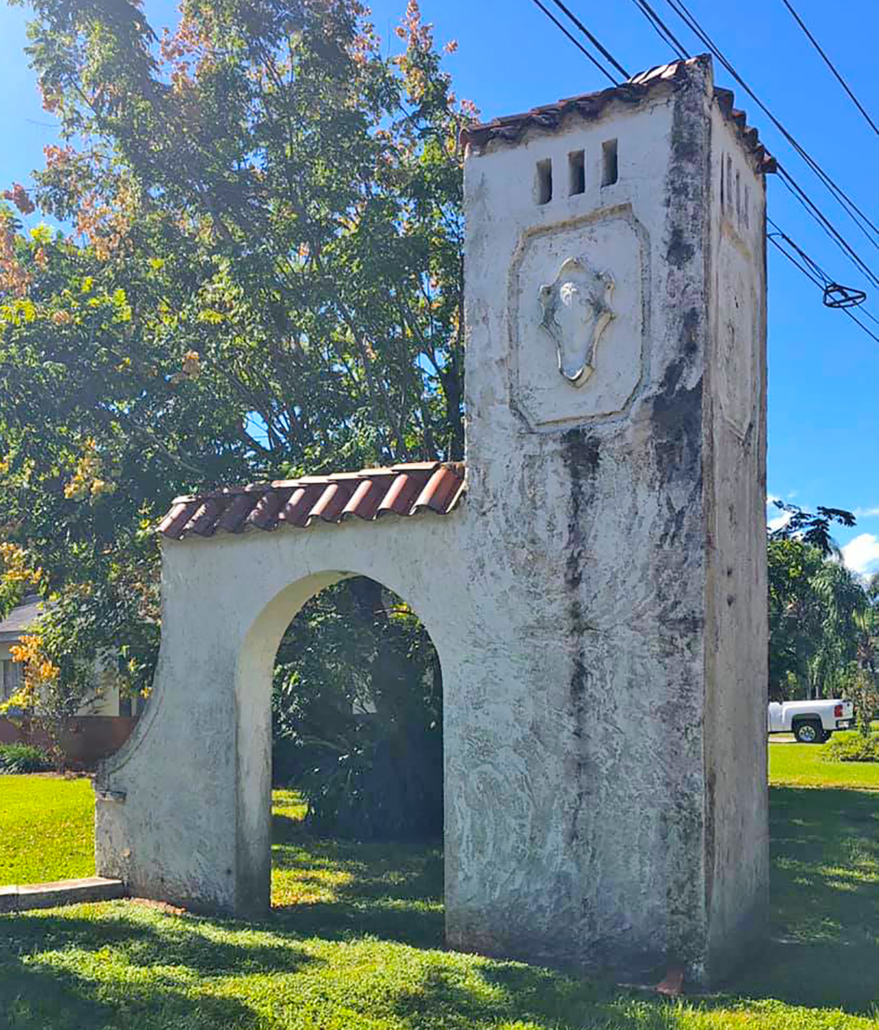 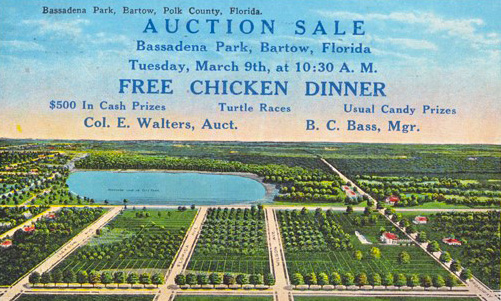 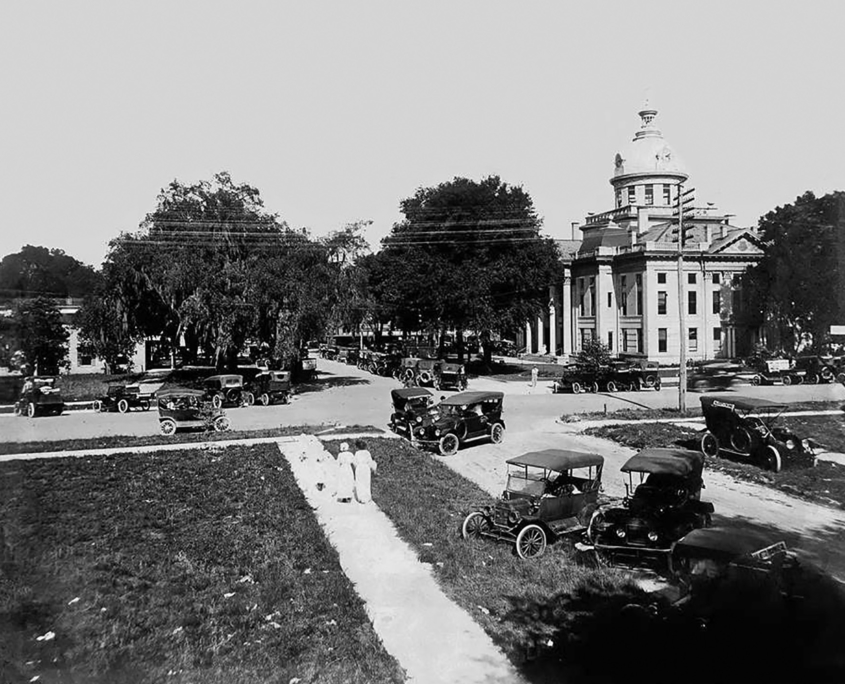 DECEMBER-JANUARY HAPPENINGS AT THE HISTORY CENTER!