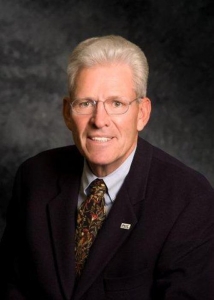 “Rob was chosen from a short list of qualified individuals,” Jeff Clark, former Executive Director of the Greater Bartow Chamber of Commerce, said. “Back in 2016 we found out that he was retiring from Polk State College, it was a no-brainer for the BEDC Board to ask if he would be interested in becoming the point person for economic development in Bartow. And the fact that Rob’s BEDC office would be located within the Chamber, made it a good fit for us; and it was a good partnership between the two economic development organizations.”

Clancey was the organization’s first President and was responsible for putting together the Council and Stakeholders who made up the economic development arm of Bartow.

James F. Clements, who served as Chairman for the BEDC for most of Clancey’s six years as president, agreed. “We knew if the BEDC was to have the best chance to expand local development in a positive manner, we’d need a strong leader who was motivated. Rob Clancey helped develop and promote Bartow’s development activities and made a very significant and positive impact on the well being of our residents.”

Clancey’s work background is extensive. While serving as Director for Polk State College Clear Springs Advanced Technology Center (and working to establish the college from the very beginning in 2004), he devised a successful marketing campaign including web based and print medium for the college. He secured more than $6,000,000 in grant funding from Federal and State agencies to offset the training costs of companies in Polk County for more than 12,000 participants completing the new Polk State College programs. 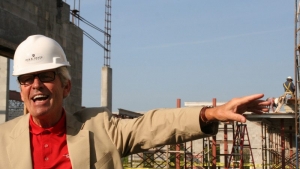 Clancey has held executive positions for companies such as Adidas Worldwide, Reebok, and Benetton Sportsystem. He has served as Past Vice President, Board of Directors, Bellevue Entrepreneur Center; and worked with staff and instructors from the University of Washington and Bellevue Community College to serve minority and under-served business owners.