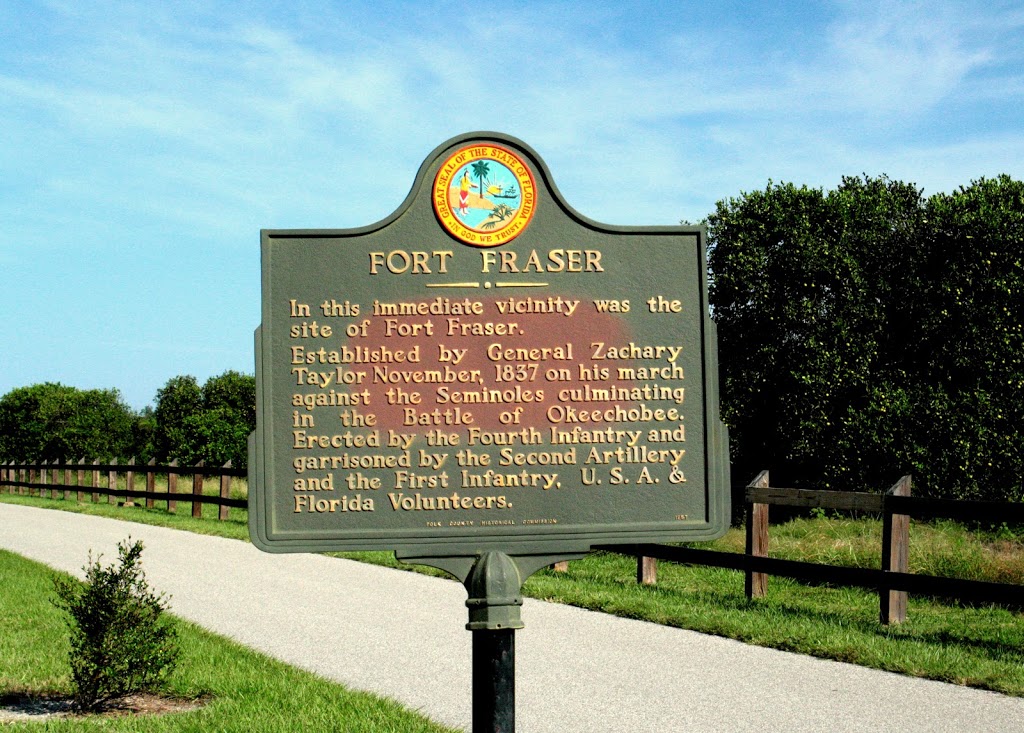 Fort Fraser Trail is 12-foot-wide, 7.75-mile long and runs parallel to U.S. Highway 98 from State Highway 60 (Van Fleet Drive) in Bartow to County Road 540 (Winter Lake Road) just beyond the PCC/USF campus in Lakeland. Hundreds of walkers, joggers, in-line skaters, bicyclists and others enjoy the trail each day. The trail is off-limits to motorized vehicles.

The trail is named after Fort Fraser, which was constructed in early November of 1837 by U.S. Army troops under the command of Lt. Col. William S. Foster. It was erected for the purpose of protecting a new military road used by the army during the Second Seminole War. The road was constructed concurrently with the fort and ran roughly west to east from Ft. Brooke (Tampa) and ended at the Kissimmee River. The construction of the road was the responsibility of the 1st US Infantry under the command of then Col. Zachary Taylor, who later became our nation’s 12th president. The fort itself was named for Captain Upton S. Fraser who was killed in the first battle of the war nearly two years earlier.

The Highland City Trailhead is located midway along the trail and has restroom facilities. The rest stop is one of three current trailheads where parking is available along the former CSX railroad line. The others, without restrooms, are located in Bartow adjacent to Tractor Supply, and at the PCC/USF campus behind the Polk County Sheriff’s Office Substation. In total there are five picnic shelters, six rest shelters, and three trestle bridges (Banana Creek, South, and Bear Creek) that many are using as turn-around landmarks to shorten exercise routes to one or two-mile walks.

Although the Fort Fraser Trail is open along its entire length, it remains a work in progress. Planting of trees and laying of sod in places along the trail is ongoing. Signs are in place with historical, geographical, cultural, and natural information about the region. Smaller round signs have proverbs, quotes and humor from various sources. Road crossing signs look like railroad crossing signs. Mile markers tell how far it is from the trail hub in Highland City. The trail does continue for a short distance south of SR 60 in Bartow, after a detour to cross the six lanes of SR 60 at a traffic light at Van Fleet Drive.

For a printable brochure of the Fort Fraser Trail, visit www.friendsoftheparks.net or click here. The Fort Fraser Trail is part of Polk Leisure Services’ Trek Ten Trails. You can sign up at the Friends of the Parks site for “geocaching” at the trail. 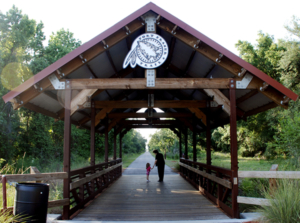 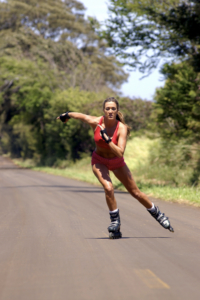 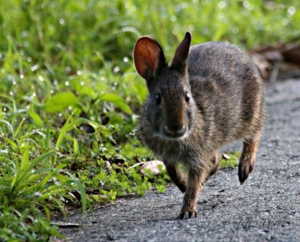 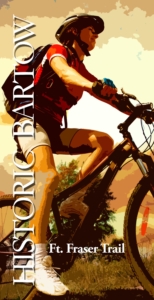 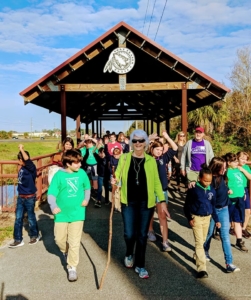 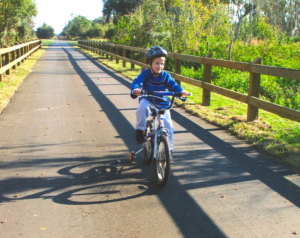 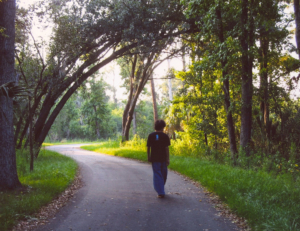 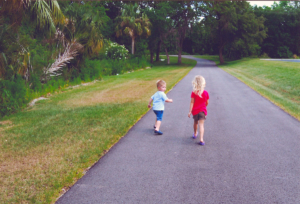 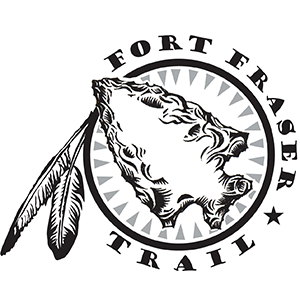