2021 Board of Directors Member – Rob Clancey

You are here: Home1 / Capital City Bartow2 / 2021 Board of Directors Member – Rob Clancey 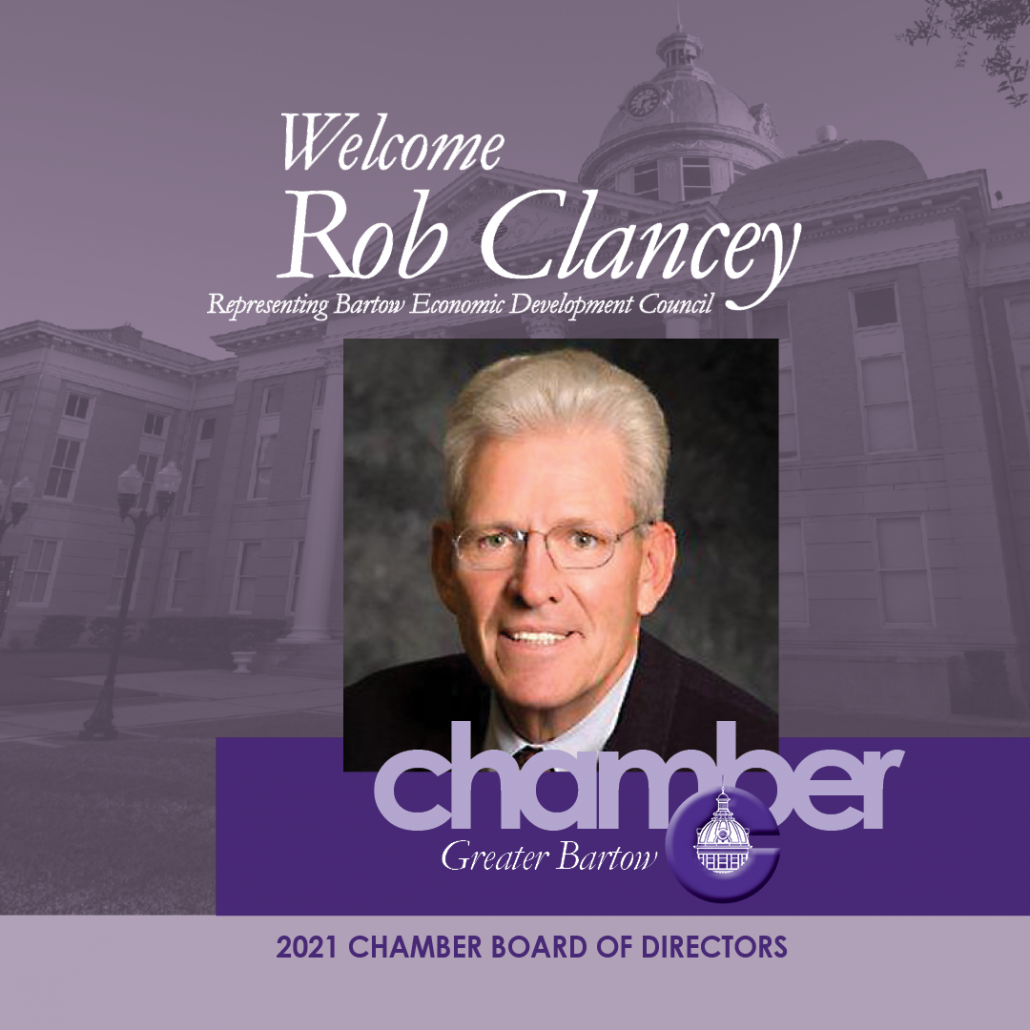 The Greater Bartow Chamber of Commerce welcomes Rob Clancey back to its Board of Directors.

Bartow’s point person for economic development, Rob is President of the Bartow Economic Development Council where he has served in his position since its inception in 2016.

Prior to this, Clancey was Director of Polk State’s Corporate College, which was established in 2002 and later became the Polk State College/Clear Springs Advanced Technology Center in Bartow. This workforce training center provides workforce certifications and updated skills in fields as diverse as child care and advanced manufacturing.

Prior to his work at Polk State, Clancey served as Executive Director of the Institute for Business and Professional Training at Bellevue Community College in Bellevue, Washington. Clancey was President of the  National Council for Continuing Education and Training in 2012, Locally, he has served on the boards of the Greater Bartow Chamber of Commerce Executive Committee, Achievement Academy, BayCare Bartow Regional Medical Center and the Polk Arts Alliance.

Rob earned his master’s in education from Springfield College in Springfield, Mass.

Fort Fraser Trail Segment To Be Repaired
Scroll to top